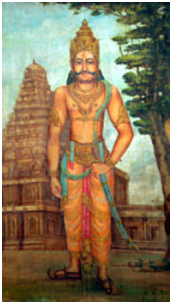 Sri Ganesha Temple was built to provide a place for cultural, educational, and spiritual activities related to Hinduism, to promote inter religious, social, and cultural understanding, and to support humanitarian causes.

As some of the new immigrants to Nashville realized that they were not returning to mother India, they began to think about the need for a strong religious and cultural center that would promote our rich heritage, and expose our children to Hindu Culture. These immigrants had several informal meetings between 1978 and 1979, and ultimately formed a committee in 1980.“Hindu Cultural Center of Tennessee” was chosen by the majority, and it was incorporated in October 1980 in the state of Tennessee. The committee felt that the Hindu Cultural Center of Tennessee would provide a solid structural foundation for a temple and cultural organization. In the beginning, major religious functions and festivals were celebrated in individual devotee homes. As the number of participants increased between 1982 and 1985, the First Unitarian Universalist Church at 1808 Woodmont Blvd provided a place for worship, enabling devotees to hold biweekly prayer meetings every other Sunday afternoon.

Thirteen acres of land with a gentle sloping hill and a magnificent view were purchased in Bellevue in July 1982. Bhoomi Pooja was performed on Ganesha Chaturthi day, August 22, 1982. Several hundred people attended the ground-breaking ceremony on this momentous and auspicious day. Again on a Ganesha Chaturthi day in 1984, the construction for the first phase of the temple began. Sri Ganesha Temple was officially opened on April 14, 1985 with Sri MuthuKrishnaGurukkal as our first priest. As the number of devotees gradually increased, the need for a bigger temple was planned. We were fortunate to have the eminent temple architect Sri MuthiahSthapathi visit Nashville, and have our plans to build Sri Ganesha temple discussed with him. The majority of the committee members at that time recommended Sri Ganesha as the main Deity along with Shiva and Venkateshwara.

Sri Ganesha temple was designed by Sri MuthiahSthapathi, and resembles the temple architecture of Chola dynasty (900AD -1150AD). The ground breaking ceremony of the main temple complex, or phase 2, took place in November 1989, and the basic construction was completed in September 1990. We were blessed to find a rock large enough to build all 3 sanctums, and provide stability for many generations to come. Ten shilpis from India worked for over 2 years to complete Indianization of the temple with delicate ornamental work. The Vimana, or tower on top of Ganesha sanctum, is 48 feet tall and has 5 tiers. Other Vimanas are 24 feet tall. Sri Ganesha Temple also has 16 forms of Ganesha placed on the outer wall of the Ganesha sanctum.
MoorthiSthaapana and Kumbhabhishekam were conducted as per agama Shastra on a grand scale on September 2, 1991. Sri Swami Dayananda Saraswati was the chief guest, along with many other dignitaries.